We were inspired by the work that the Country Women’s Association of NSW does,feeding the community and catering for The Red Cross, Meals on Wheels and the like.

Together with the help of Freedom Kitchens we were able to take a dilapidated kitchen at the CWA Gunnedah branch and turn it into a world-class catering space.

The new kitchen was named after former Gunnedah resident Ms. Doreen Baker, who,despite being blind, wrote a cookbook for the people of the town.

The Doreen Baker Community Kitchen was opened in December and will be used for decades to come. 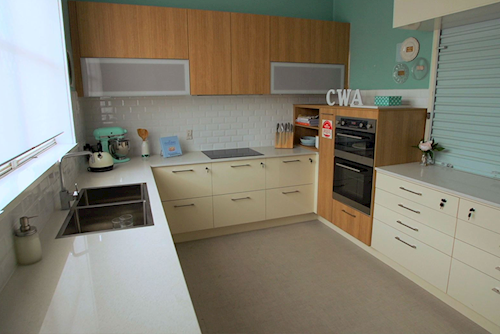 Help us improve the lives of families around the world